Detroit Free Press, April 29, 2020
Analyst says Ford needs to 'rip the Band-Aid off' after $2B loss: What he means

Detroit Free Press, October 16, 2019
A UAW-GM deal could bring big bonus, raise. Here's what to do with the money

Detroit Free Press, October 11, 2019
Young women feel left out of investment jobs. Here's what a group is doing about it

Fortune, September 21, 2019
s a Recession Coming - or Are We Talking Ourselves into One?

Dayton Daily News, September 15, 2019
UAW authorizes strike against GM: Here's what it could mean for Dayton

Detroit Free Press, May 30, 2019
Make these financial moves if you've lost your job

Detroit Free Press, February 10, 2019
Avoid these mistakes if laid off from GM

The Detroit News, February 1, 2019
GM to start laying off 4,000-plus salaried workers Monday

Detroit Free Press, January 28, 2019
Ford, GM face another restructuring, but this time they are profitable

Barrons, November 28, 2018
GM is on the Right Road Despite Trump's Ire

Barrons, November 28, 2018
GM is on the Right Road Despite Trump's Ire

Bloomberg, October 31, 2018
GM Shows Money Can Be Made in the Boring, Old Car Business

Barrons, October 30, 2018
Auto Makers Have Much Riding on Midterm Elections

Detroit Free Press, June 16, 2017
Jumping too quickly at Ford buyout could prove to be a mistake

Detroit Free Press, October 22, 2016
Rough economic road ahead for Detroit 3? How well are they prepared?

MarketWatch, October 14, 2016
While other energy companies get put over a barrel, Total S.A. looks ahead

USA Today, July 29, 2016
Why Ford is talking like auto sales have peaked

MarketWatch, July 21, 2016
When it comes to banks in Europe, where there’s smoke, there’s fire

MarketWatch, April 25, 2016
Looking north of the border for a bank with some upside

Dayton Daily News, August 20, 2015
What you need to know about stock market drop

MarketWatch, July 27, 2015
Forget crude itself, refiners are the place to make money

TheStreet, March 27, 2015
Young Investors Should Hope for a Pullback Sooner Rather Than Later

USA Today, May 01, 2014
Ford goes from Mr. Miracle to his polished protégé

MarketWatch, March 03, 2014
With WhatsApp deal, Facebook is all grown up

MarketWatch, February 3, 2014
Tame the indexes with a market-neutral approach

University of Dayton, January 31, 2014
Learning From The Pros

MarketWatch, November 3, 2013
The play for November is risk on

MarketWatch, October 1, 2013
How to find financial advice you can trust

University of Dayton, February 1, 2013
Interning at the Top

Detroit News, October 8, 2012
Uptick in taxes not just for rich

Reuters, September 5, 2012
Advice: What to do with that windfall

MarketWatch, September 4, 2012
Looking for yield in all the other places

Men's Health, July 2012
The Money Habits That Hold You Back

SmartMoney, April 23, 2012
How the Auto Industry's Tune-Up Can Help Your Portfolio

CNBC, August 23, 2011
Market 'Getting Ahead of Itself' with Easing Hopes: Strategist

MarketWatch, July 1, 2011
How to play the twin sovereign debt crisis

SmartMoney, February 9, 2011
Will a New Hedge-Fund Rule Lock You Out?

Advisors4Advisors, April 8, 2010
Growing By Going Against The Grain

Kiplinger's Success with Your Money 2009
Is your pension safe?

Wall Street Journal, May 4, 2009
When Safe Places No Longer Feel So Safe

Reuters, December 30, 2008
GMAC bailout could give Cerberus a floor and exit

Chicago Tribune, July 27, 2008
In election, markets will be winner

Associated Press, April 29, 2008
Weak earnings expected to pile on the trouble at GM

Wall Street Journal, February 20, 2008
How to Value the Buyout Offer

Detroit Free Press, October 10, 2007
What workers can do now to protect their finances

Christian Science Monitor, October 4, 2007
A rosy scenario for stock market, but will it last?

Flint Journal, May 15, 2007
Some local workers optimistic about sale

Reuters, July 6, 2006
GM board expected to approve looking into deal

Louisville Courier Journal, May 28, 2006
GM pulls ahead of Ford in race to fix operations

Detroit Free Press, May 7, 2006
Save more to fill pension gap

Oakland Press, October 1, 2005
Mistake could pay off for workers 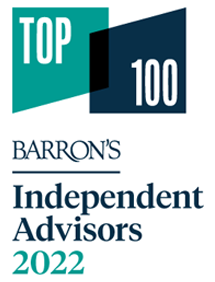 Mainstay Capital Management, LLC
has been ranked by Barron's as one of the "Top 100 Independent Financial Advisors" in the country for the past fourteen years.
Ranking Disclosure 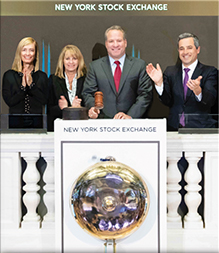 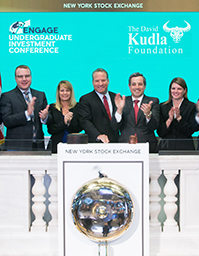 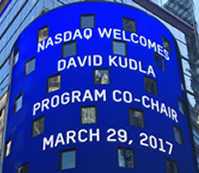